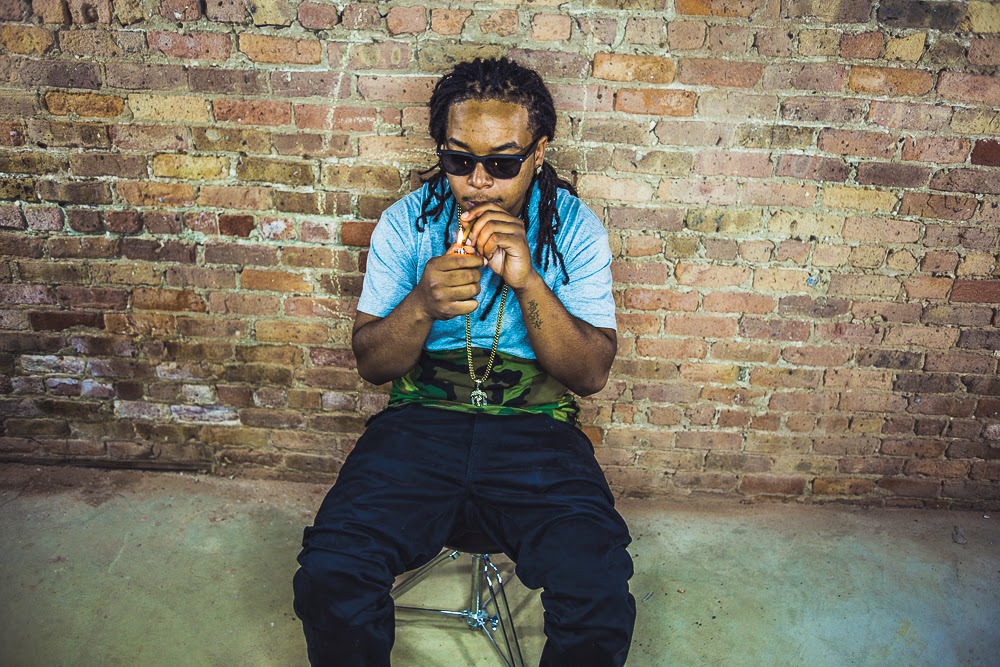 Chicago based label Doe Fiend Records has partnered with Stack Or Starve Approved for the release of new emerging artist Trappa Twan's mixtape “I Beg 2 Differ”
Trappa Twan without a doubt will be known as one of Chicago’s more creative & quality artists to hit the scene.
Trappa Twan is a born sinner, gambler, and trapper! This young hustler is a artist on his grind 24/7 in and out of the studio. After 22 years his grind is unmatched and his appetite for more is never appeased. Bred to get bread on Chicago's south side where the opportunity to come up is endless and likelihood to fail is inevitable. He has aspired to be the one to make a difference through his gift to convey the street's message of poverty and triumph! The artist music is his thoughts, and his video's are his canvas. Watch him paint a perfect picture for you.
“Beg 2 Differ” (Hosted By Stack Or Starve Approved)
will feature Twan's first two singles " 2 Rill" & "Mexico" as well as other
songs like "Forever" , "Lay Low" & 'Put Up With Me".Trappa Twan's main objective is to set himself apart and prove he’s different if not better than his Chicago counterparts. on the other hand the Mixtape “Beg 2 Differ” show’s the depth of Trappa Twan as a writer and performer for he have crafted songs for the streets, clubs, females and music lovers alike.
"Beg 2 Differ" is a fusion of real life scenarios delivered with Trappa Twan's street wordplay over high energy production.
Trappa Twan has enlisted some of
Chicago’s most talented for his most recent effort including production from
Don rob, Pressure, Mike P & Chase Davis, as well as features from artists within the Doe Fiend Records Camp.
Still new to the game, Trappa Twan is ready to take his career to next level. Trappa Twan has partnered with Doe Fiend Records & Stack Or Starve Approved which is the biggest brand in the midwest.
“Beg 2 Differ” (Hosted By Stack Or Starve Approved) is scheduled to be available on livemixtapes.com & many other sites.
" 2 Rill" & "Mexico" will also hit iTunes & Digital Retail following Mixtape release.
Earlier this year, Trappa Twan released a new visual
"Bob Marley" (Feat.Ted Debe) (Dir. Da Visionaryz) :
http://www.youtube.com/watch?v=RJno8pzW66E
For More Info:
Trappatwaninfo@gmail.com
www.DoeFiend.com
Twitter @TrappaTwan100 Instagram - TrappaTwan100