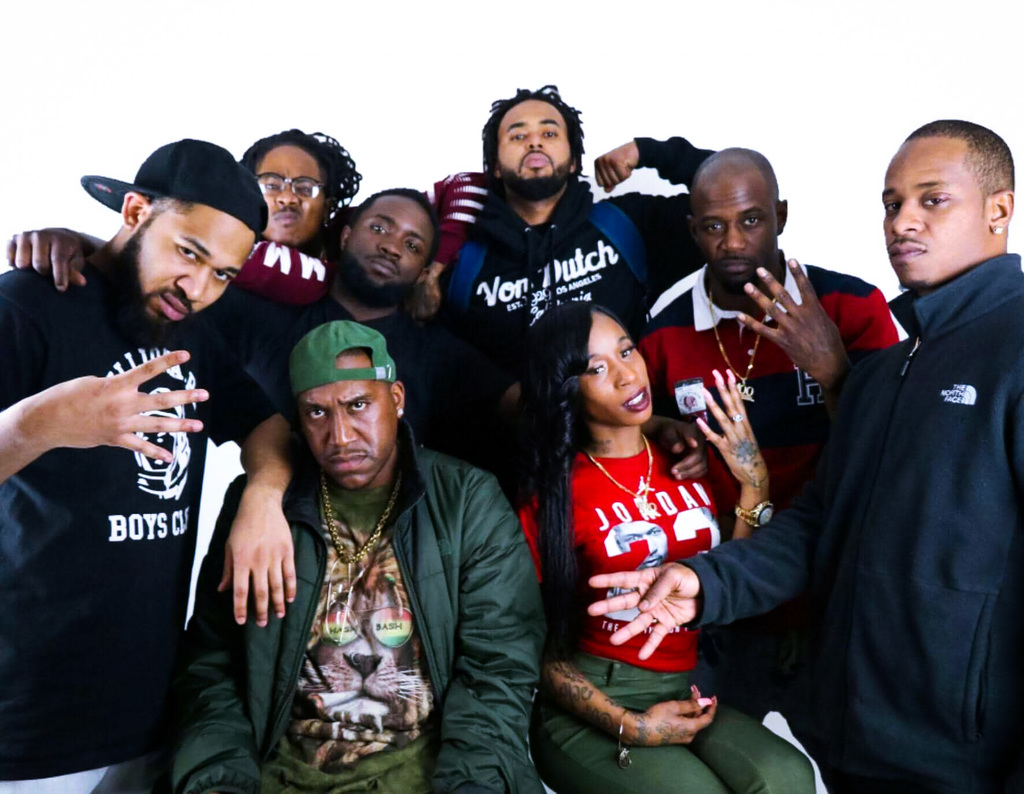 YPSILANTI, MI – A new rap Super-Group unlike any other the Hip-Hop world has seen since the likes of N.W.A., is taking the music industry by storm. Team 44-62, "Hip-Hop’s New Super Group," is gearing up to take over the state of Michigan with one of the most diverse collectives of recording artists, producers and songwriters in recent music history. Hailing from Detroit, Michigan – the birthplace of Motown Records, as well as home to recent Hip-Hop recording legends Eminem, Big Sean, MC Breed and Dej Loaf – Team 44-62 is an homage to the premiere talent that exists in the Metropolitan Detroit area.

The group is made up of artists Wristgame Face (the original founder of the team), Wan-G, Mooka (the sole female artist), Meechie Loc, Stat Lo, Big Youngin, Prol’e, Boochie King Qaeda and Ceasar Kash. Their individual originality, unique sound and versatile styles combine in powerful ways that have fans reminiscing about some of the great super groups of the past – N.W.A., The Wu-Tang Clan, D12, and Young Money.

“This is something that has only happened a few times in the history of hip-hop,” said Grant Baker, Head of A&R for the group and acting business manager. “It’s so hot that I had to run with it. It was a no brainer! These are the true tough guys deep in the jungle of Hip-Hop who truly live out their art-form. Because of the spirit, dedication and organization that we have as a team, there is something definitely rare and organic happening with us. I know it’s rare. We’re going from the bottom of the concrete to the top of the clouds, and we’re just grabbing the wheel and holding on.”

Team 44-62’s debut album is entitled “D.O.P.E" – a project that showcases a gritty musical offering, featuring a balanced onslaught of lyrical spitfire prowess, timeless introspective content and healthy doses of commercial-friendly tunes that will certainly turn heads as well as get attention all over the globe from industry tastemakers. The album is loaded with heavy-hitting instrumentals from some of America’s youngest and fastest-rising music producers, such as "Cash Money Ap," "K Makez Hitz" and many more. This is paired with noteworthy performances from various members of the group who've stepped up to the table and demonstrated rare levels of excellence. With a group like this, it’s impossible not to have an album built on bravado and brazen machismo, however, the presence of Mooka and her sensual yet powerful vocals, lyrical content and standout delivery create a balance that makes their album "D.O.P.E" truly unique.

“Mooka is a big focus of the group,” Baker said. “Women are hot right now in hip-hop, and they deserve it. Nicki (Minaj) has been holding it down for many years, trailblazing a way for so many other female artists to be successful. Mooka has come from that inspiration and she’s really important to us. She can talk that talk, but she’s also very sensual. She helps to showcase that double entendre that the group represents – the street element that’s real and verified, juxtaposed against the inception of something organic and original.”

“D.O.P.E.” is filled with classic street tales that deal specifically with topics such as the proverbial “Hustler’s Code” of loyalty, respect, love, loss and success. The debut single and music video off of the album is "The Hustle" – which is available on YouTube, 4sho Magazine as well as their group homepage Team4462.com. It’s an album that takes the listener on a journey through an abrasive reality of surviving the harsh and unpredictable conditions of gangs, drugs and violence.  It’s also a project that examines the effects of poverty and crime and their places in the dreams as well as aspirations of those from the struggle who want to achieve personal success. In fact, the numbers within the group’s name (44-62), represent that dream of success – a nod to investing at the right time and seeing profits grow from that investment. It’s a name that Baker said represents dedication, inspiration and personal growth. Currently, Team 44-62 is distributed courtesy of Liberty/S.S., a division of JGL Music Management, and is gearing up for tour in June 2018.

“Team 44-62 will definitely be a force to reckon with in the hip-hop community,” Baker said.

For all Press Photos/Music/Booking/Features/Videos/Social Media & more