No shows at this time. I go to open mic nights Sundays at "The Vibe" in Riverside,ca and anywhere else with open mic. For my music I will also be releasing 1 single every month this year and dropping the music video to "Falling for you" shot in Las Vegas sometime during May 2016.
Fans of my music and video gamers can also watch me stream video games LIVE via https://www.twitch.tv/psychonitedotcom every Sunday. I also have a new interview series on my youtube channel called "Psychonite Ent Presents: 1 on 1" where I personally interview people in the entertainment industry that I have worked with. Everyone from actors in music videos to producers in the studios I work in.
YouTube: http://www.youtube.com/watch?v=nwkVwSk2bpc
Audiomack: http://www.audiomack.com/song/dj-smoke-mixtapes/falling-4-you
Versityle: A.K.A Psychonite
There are people that have a talent that makes them unique. There are even fewer people
that have multiple talents. Christopher “Versityle” Lopez is one of those few people with multiple talents. Raised in beautiful Southern California, Chris began his journey to becoming
“Versityle” by emerging himself in comic books. Driven by the traumatic loss of his beloved
Grandmother, Versityle turned his heartache into writing rhymes and lyrics to ease the pain.
His writing style is what began to set the tempo for his career in music. Versityle’s style became a combination of elements from artists such as 2Pac, Eminem, and Bone Thugs-N- Harmony and would receive its personality from his life’s hardships. The style of Versityle’s music is a personification of individual relationships with family, friends, and lovers. In  combination with this, his music serves as a lyrical storytelling session that engages his
audience. The tone of his music mixes the real life aspects of the subject matter while adding an element of fiction to further the message of the music. 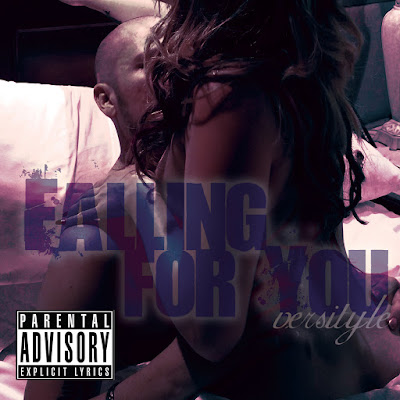 Versityle has proven to be adaptable in an industry that is constantly changing. Starting in
1999, he began to teach himself the ins and outs of music production which led to Versityle
recording his first album with an independent label in New York City in the summer of 2001 After his departure from the state of New York, he individually released his first 'Extended Play’ album to the general population. In 2006, after years of constantly putting together beats and rhymes, Versityle released his ‘Long Play’ album entitled “Patiently Waiting” under his own record label “Psychonite.com”.
Since his L.P. was released, Versityle has independently released multiple albums and
music videos. His talents also allowed him to be able to collaborate with local artists from
Southern California to further aid in adding versatility to the sound of his music. Currently, the release of his new album, “Aka Psychonite” is available for purchase on iTunes® and Google Play®. A slew of future projects include featured singles and brand new music videos.
Artist Websites:
www.psychonite.com
http://versityle.bandcamp.com/
https://soundcloud.com/versityle-816375793