"A Rapper with an edge and dedication" The hip-hop sensation known as GRAMz was touched by music in his family at an early age.

"My family on my daddy side was into music. I was around my cousins & uncle when they was running they label. I seen how beats was getting made and all that", says the young rapper from Joliet, Illinois. Growing up in Joliet, Illinois about 25 miles from Chicago, GRAMz was inspired by the local rappers that hung in the streets doing their thing.

He started getting into the hip-hop game as a 12 year old prodigy. Today at the age of 25, GRAMz Is successfully building his audience as a professional rapper with his own label CSC Records in partnership with Priority Records/Capitol, and is poised to release his brand new single "G Nuff" this month. 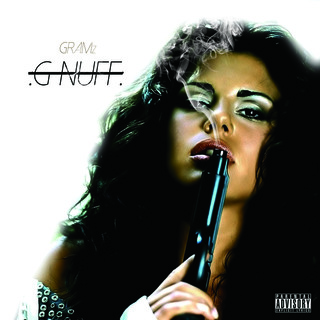 The story behind the song is about a man trying to find a good woman to support his goals and ambitions. GRAMz wrote the song based on his own personal experiences.

The rapper says, "I made this single with the thought of a down loyal chick riding through whatever, whenever with her man. What inspired me was my everyday life. These was the things the females who was around me had to be down with and know what comes with my lifestyle and how I move. Is she G?" GRAMz hopes that audiences cannot get enough of "G Nuff" which has been a labor of love as much as the rapper's commitment to mentoring the youth of community and giving back to others.

Ultimately, GRAMz's goal is to "blow up in his sound and be everywhere to inspire and give hope to as many people as possible".

Currently the artist is in the studio working on more music and videos that he intends to drop back to back. The song " G Nuff" is remarkably a freestyle rap recorded by GRAMz and produced by Flip Cobang. The "G Nuff" single will be available for download for online on September 29th with its accompanying music video dropping on the same day.