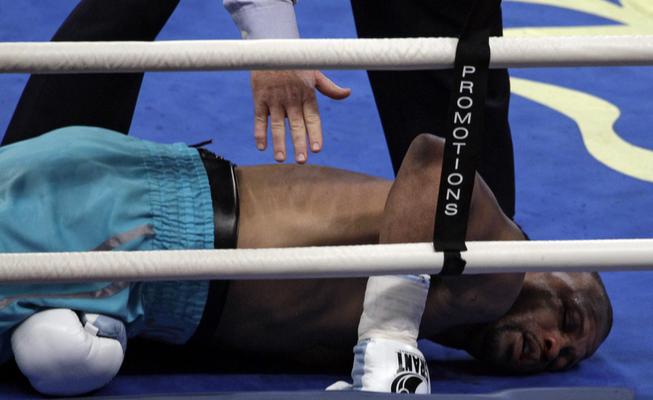 Video And Pics After The Jump

Roy Jones Jr. suffered his third consecutive, and most brutal loss today in Moscow, Russia at the hands of Denis Lebedev.

The once former great boxer was knocked out in the 10th round of a non title fight.

Jones was leaning against the ropes when Lebedev caught him with an overhand right, followed by two right uppercuts. At that point Jones was out on his feet, leaning forward, but the referee didn't step in as he should have and Lebedev then hit him with another hard punch that sent the former world champion crashing face first to the canvas.

After several tense minutes with Jones lying motionless on the ground he was able to make it to his feet.

Jones was gracious in defeat, giving the Russian credit for landing a great punch.

"It was a great shot, I can't take nothing away from him, he was a tough competitor," Jones said.

Most expect Jones to retire, but he said he wasn't sure if he would.

At this point in his career there really is nothing left for the 43-year old Jones to fight for. He doesn't have the skills he used to and should get out of the game while he still has his health. 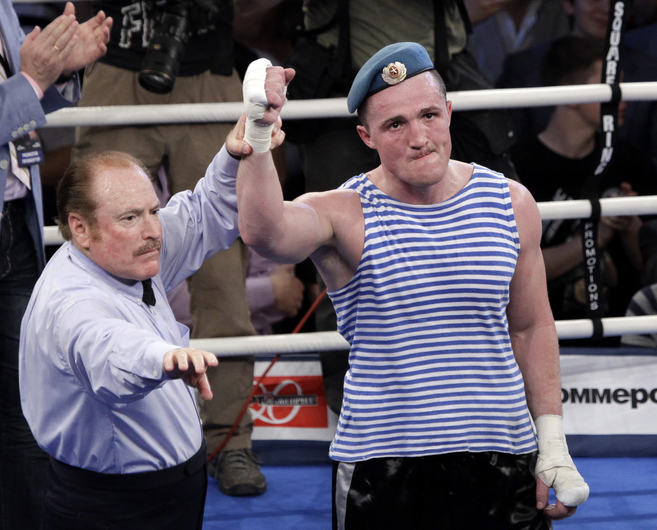 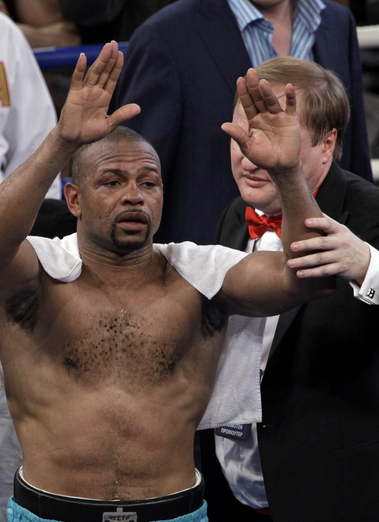