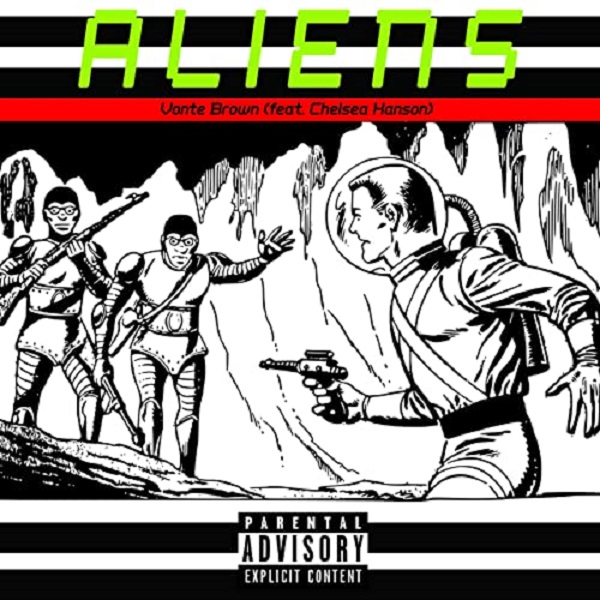 VIRGINIA BEACH, VA – Vonte Brown is an American recording artist, record producer and audio engineer who’s string of successful albums is about to add another title to its arsenal with his latest “A Night Being Vonte.”

Hailing from Virginia Beach, Virginia, this young artist has gradually been making a name for himself in the music game over the past decade – with popular albums like “Even-Handed” and “A Day Being Vonte.” He has written and produced music in collaboration with many other artists over the years, while also perfecting a sound and style that is uniquely his. And with this new album he said he’s ready to share that sound with a global audience.

“The biggest thing that sets me apart from anyone else out there is that I’m telling my story, and my story is customized,” Vonte said. “A lot of people today aren’t talking about the independent and entrepreneur side of the music industry. But I’m heavily independent and that self-sufficiency is really a big part of who I am as an artist. I do everything on my own and when I work with other artists, I do everything for them, too. I even shoot, direct and edit my own videos, and make cover art for all of my releases. The pride and passion I take in the full process show in everything I do.”

That’s perhaps best displayed through his latest album. Vonte said “A Night Being Vonte” is a continuation of his previous two works, which tell the story of his journey through music and life and the impact each has had on the other. Tonally, this is a project that he said will feel darker than anything he’s created before, both because the subject matter is darker and because he wanted to create a project that examined the many setbacks he’s had in life and what he’s had to do to overcome those challenges.

“It’s really a project about all the things that have been holding me back, and me finding who I am and doing what I want to do in life,” he said. “I’ve been held back in a lot of ways just mentally. Throughout the journey, I’ve found myself trying to motivate myself both in work and life. I’ve overcome a lot so far and I still have more to overcome. So in a lot of ways, I want my music to be known as the anthem to motivate any artist out there. The thing I love the most is when people get inspiration from my music for being self-motivated and determined not to quit.”

In addition to “A Night Being Vonte” which is currently available across all streaming platforms, Vonte is also hard at work on an EP called “Galapagos Islands” which is slated to drop June 26. He said it’s a project that’s a bit of a departure from what he’s done previously, as it will explore a fantasy of what it could be like living on a paradise island. He said it’s a project that will be cinematic in nature, with some experimental sounds and genre-fusing laced throughout.

To listen to Vonte Brown’s music or to follow him on social media, please visit:

Necessities For Your Wardrobe

Tie-Dye Is Back – Are Obnoxious Plaids Next?

44 Views Some fashion trends deserve to die and never be brought back. At the

Excellent Thing to Consider When Looking for Skin Care Online